The Angel of Death

If you are an animal run away from me. Now! I am apparently channeling the angel of death for animal kind today, and I am not okay with this. I have now caused the deaths of two different animals today, and I am a bit disturbed by this.

It started with a squirrel. While driving to work this morning, a suicidal squirrel used my car to end his life. He darted out right in front of my back tire as I drove by him. A quick bump and a pop, and he was gone. A quick glance in the rear view mirror confirmed it. Mr. Squirrel had passed to the great beyond.

Now, I will admit that I was upset by this. I might have started to cry, but then reminded myself to get my crap together. It was a squirrel who wanted to die. Honestly, the suicidal part is what kept me from crying. It kept me from feeling like a murderer.

I then moved on from my morning trauma, and went about my day. Things took a turn for the worse about ten minutes ago. I went on my morning walk break when I noticed a little bird hopping around the parking lot.

As I got closer, I realized that he couldn't fly, and he was hopping in order to get away from me. At that point, I probably should have just walked away, but I wanted to help the poor thing if I could. I then followed him as hopped to the curb. Except he didn't hop to the curb, he hopped to the storm drain.

I thought he would hop on top of the storm drain and then hop over to a bush. We have feral cats near the office, so I was worried he would get eaten. Unfortunately, he hopped under the storm drain. At the point, I was getting ready to walk away since he obviously was not going to let me help him.

Next thing I know, he lets out a chirp as he hops backward and goes right down the drain. I let out a gasp of horror and waited to hear another chirp from the drain. Nothing. Another bird chirped at me from the trees, but nothing from the storm drain.

Once again, I brought about the death of another animal. So for the sake of humanity and animality (?), keep your animals away from me if you want them to live. I bring death to all animal kind right now. Pray for my animals at home since they have no choice but to deal with me today.

Tanya (aka The Angel of Animal Death) 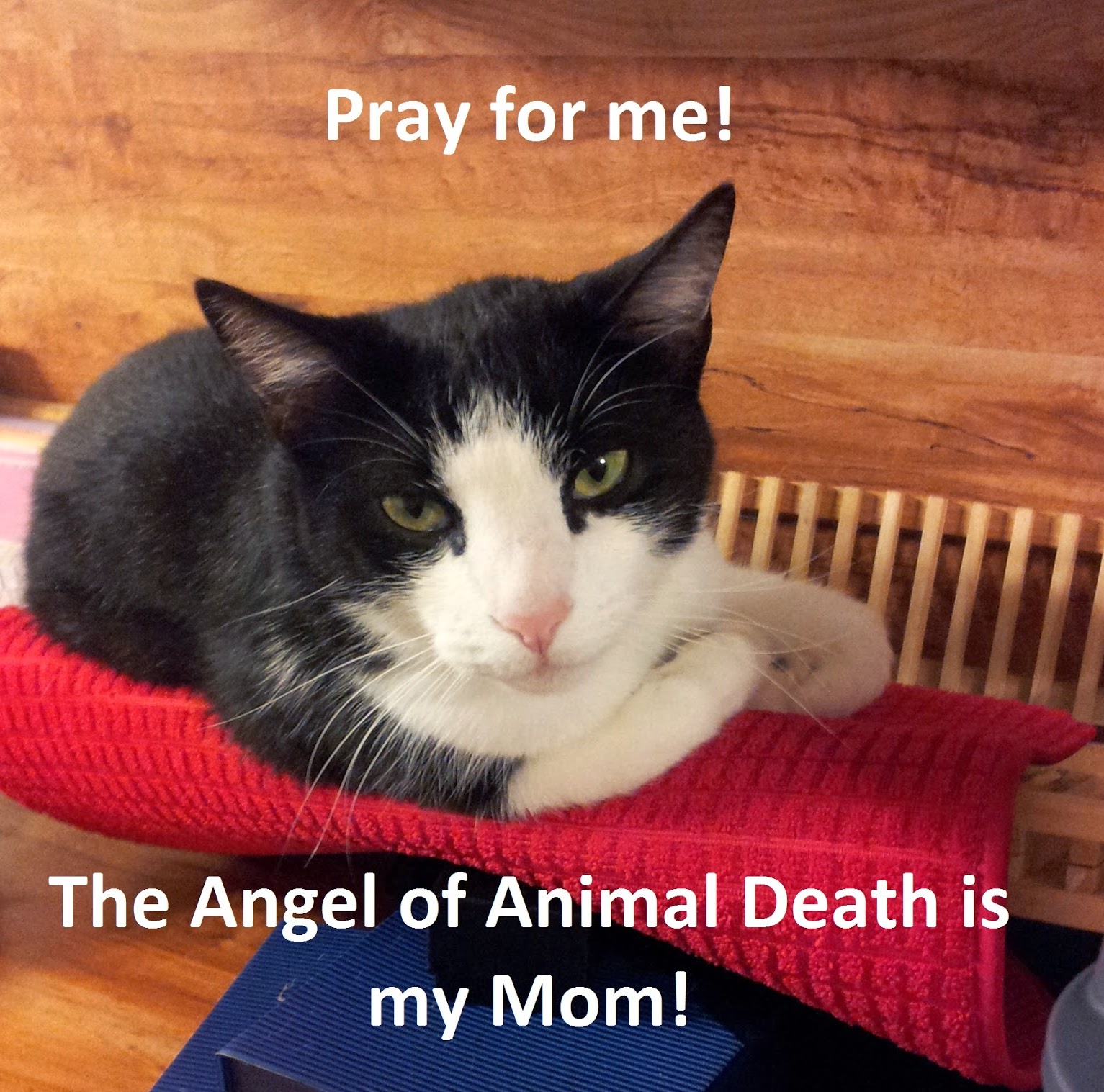 Observations From A Walk 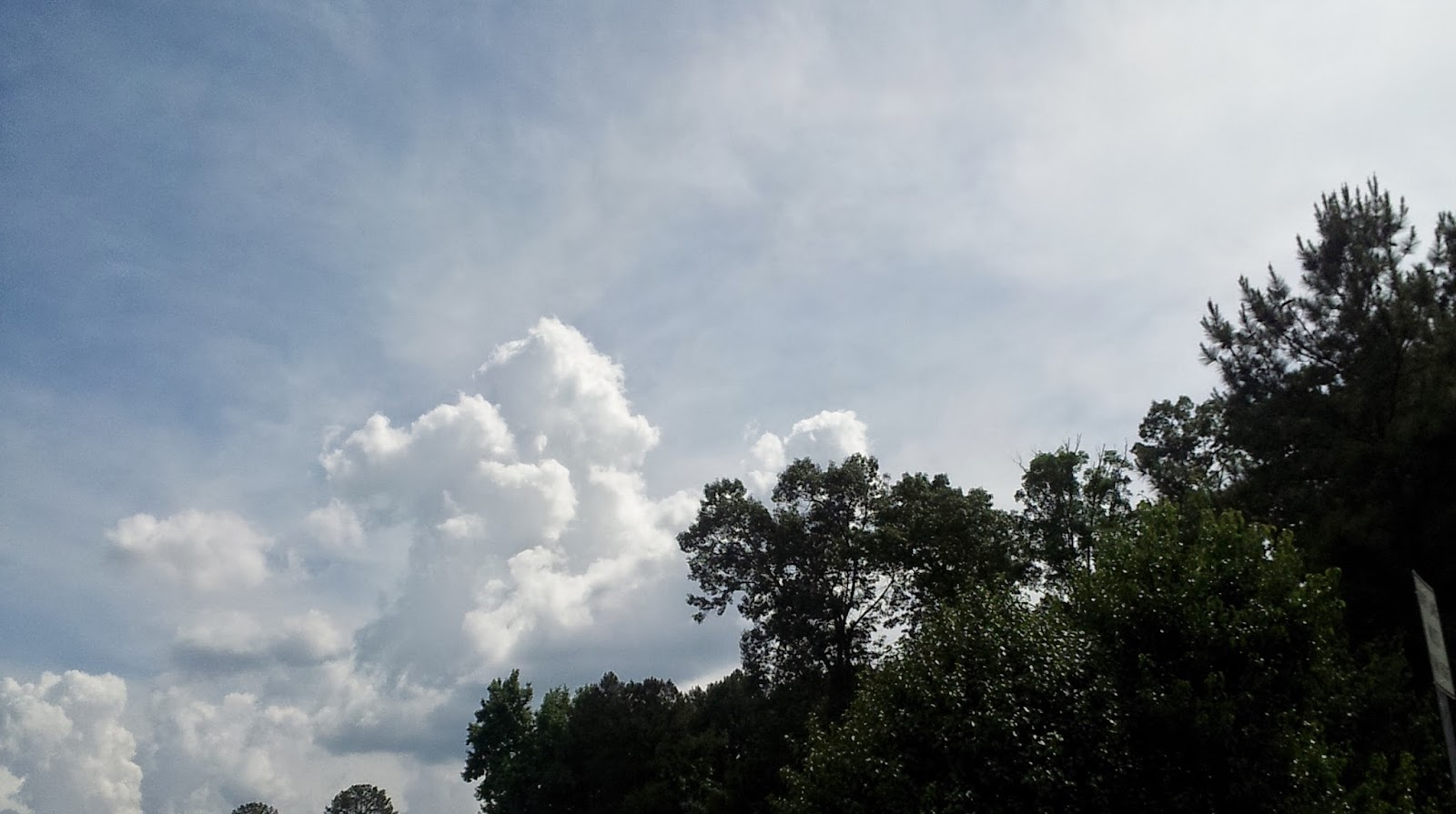 First, if anyone actually reads this, sorry I haven't posted since last year. No promises it won't happen again.

Second, I like to take walk breaks at work, so today I thought I would share my random thoughts from my 10 minute walk.

From this list we can learn that I am suspicious of just about everything out of the norm, and my thoughts are quite random.
Hope everyone has a wonderful day!
Posted by Tanya at 11:56 AM No comments:

Joys of the Country Life

I recently bought a house that is just in the country.  Meaning, I can throw a rock to city limits, but I am definitely not in suburbia anymore.  Today was a prime example of how far from suburbia I have come.

My brother came over with a friend of his to help me out with trimming back a bush that was trying to take over my house. In exchange, I offered to pay and feed them. Finally having a my grill back meant that I was definitely going to use said grill.

I pulled the cover off while keeping an eye out for spiders that seem to be taking over my house. I noticed that a piece had come loose from the back, so I bent down to mess with it.  When my face was less than half a foot from the side burner, I happened to glance over and see a SNAKE!!!!!

I did what any sane woman would.  I screamed at the top of my lungs and jumped back. Now that I think about it, I am kind of insulted by how little of a response I received from the snake.  It didn't even move.

Of course, my brother and his friend came over to see what I was hollering about.  They saw the snake and had a similar reaction.  They were to manly to scream, but they totally jumped back and did not want to go anywhere near that thing.

While trying to figure how to safely remove the snake from the grill, my brother's friend mentioned what was going on to my neighbor.  He comes over and shakes his head at us once he sees that it's just a little old rat snake.

He walks right up to it, and snatches it up right behind the head.  The thing barely even twisted around when it was picked up.  Turns out it had a full belly and was too busy digesting to fend of crazy humans who were screaming at it.

My poor neighbor is a country mouse living next to a city mouse.  He has to be wondering why he was cursed with me as a neighbor, but then again, maybe not.  I did bake him a cake to say thank you for his help, and while I don't know what to do about snakes, I can definitely know my way around a cake.

Toodles!
Posted by Tanya at 4:20 PM No comments:

Well, I may not have posted anything on here, but I have done pretty good about taking a picture everyday.  However, I ended up taking them all with my cell phone, and not with my fancy camera. Thank goodness my phone takes pretty good pictures.  Here are my best shots from the last week. 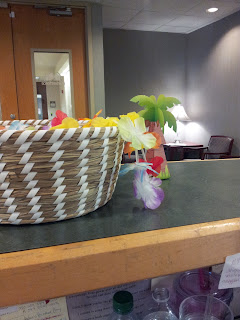 Excuse me Professor, but I believe the phrase is, "I before E except after C." 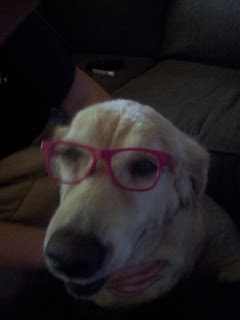 Center of the world, or in this case, the playground. 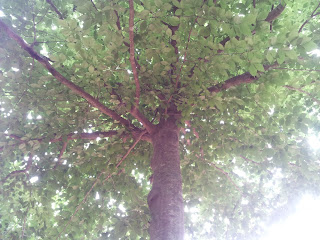 My baby had her first bloom in over a year.  It's amazing what a little sunshine can do for a plant. 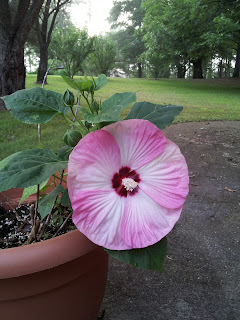 The clouds looked way cooler in person. The silly camera shrunk everything down. 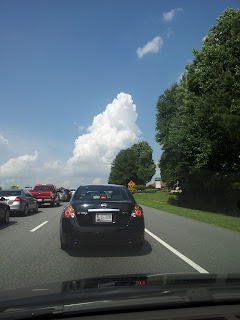 Peaches! Living in Georgia has it's perks. 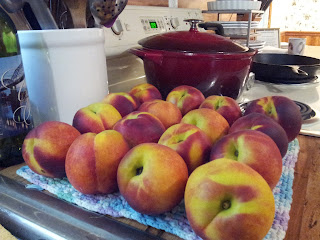 I'll admit these photos are nothing to shake a a stick at, but the ones that made it on Instagram, look really cool.  I love how Instagram takes an ok picture and turns it into something pretty.  You should totally check it out if you haven't already.

Do you ever find there are times in your life when things need to change?  I'm not talking about when crazy crap keeps happening that is out of your control.  What I am talking about is when you look around and say to yourself, "I need a change before I go postal on everyone." I find my self in that spot right now.

You would think moving would be enough of a change for me, but it acted more like a catalyst.  One big change has me jonesing for another big change, which is why I go the bright idea to start a blog.  It may not have been the greatest idea ever, but then again I may look back at this and think I was brilliant.

Anywho, the point of this ramble is to say, I need a new challenge.  While thinking about it over the last couple of weeks, I decided to go with a photo a day challenge.  I have this fancy schmancy DSLR camera that I never use because I have no idea what I am doing, so I figured this would be a good way for me to learn.

I don't promise good pictures, but there will be something to look at.  That being said, I am pushing myself over the metaphorical ledge by posting a picture I just took using my phone.  I used the photo editing app that came with the phone to jazz it up a bit, but there is not much you can do for a cube in corporate America. 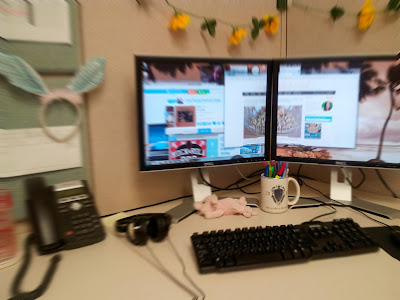 Let's Get To Know Each Other

I'll start by introducing myself.  My name is Tanya, and I am looking thirty in the eye.  How that happened, I don't know, and I am still waiting to feel like a grown-up.  Please tell me I am not the only one who thinks high school and college just happened.

Anywho, I would love to tell you what this blog will be about, but I honestly have no clue. What I do know is that 90% of the time I will spend on here, will most likely be my way of procrastinating.  Hence the name of the blog. Aren't I a clever girl?

I think I also just gave a away a not so big secret with that last question.  I am a bit of a Whovian a.k.a. a Doctor Who fan for those who are not in the know. I have also come to realize that I am a closet hippie, and I might be ready to come out of the closet about that.

Basically this all to say, we will run the gamut here from Doctor Who references to recipes to crochet patterns. If you like surprises then this might just be the place for you.

Tanya
I'm an old soul who is young at heart. In other words, I am one great big bundle of contradictions.